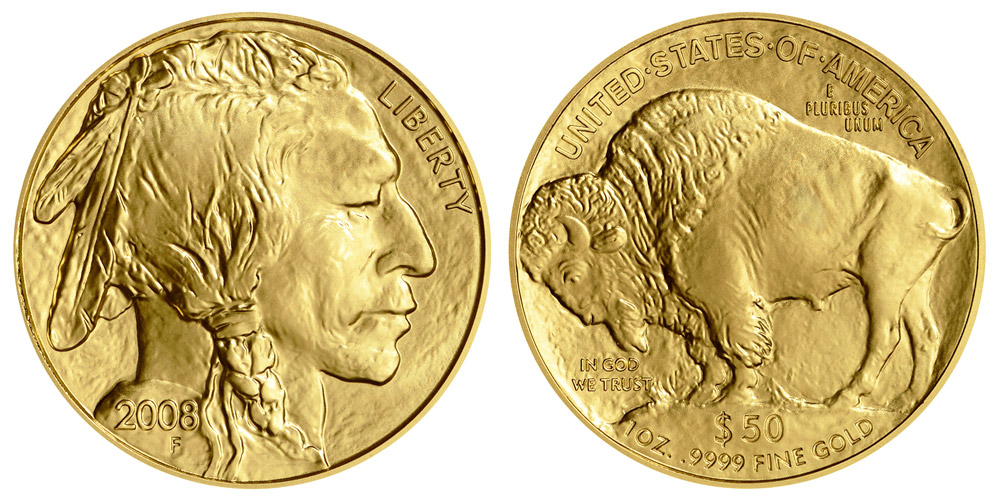 If you have been investing in precious metals for a long time, you are probably aware that most gold coins famous in the US have 22-karat quality or more than 91 percent gold with other metals that form an alloy. However, that is not the case with the one-ounce American Gold Buffalo Coin.

Made with .9999 24K gold bullion, US Mint Gold Buffalo Coins are the first-ever pure gold coins being struck by the United States Mint. Keep reading to learn more about these rare coins!

Also known as Gold Buffalo, the American Buffalo Coin is the very first pure 24K gold bullion minted by the US government on June 22, 2006. These gold coins meet the bullion investing purity requirements in an IRA, which the IRS sets.

Since the gold coin’s introduction, it has rapidly increased in popularity among collectors and investors, as well as its value. The coin followed the Indian Head nickel design and got its nickname from the American Bison design reverse design. In 1913, the Buffalo Nickels were created to provide native heritage homage to the West.

This gold bullion coin has a $50 legal tender value. Because of the tremendous increase in gold price and coin’s popularity, its value has increased even in a short period. The initial mint price of the coin was $800 in 2016. 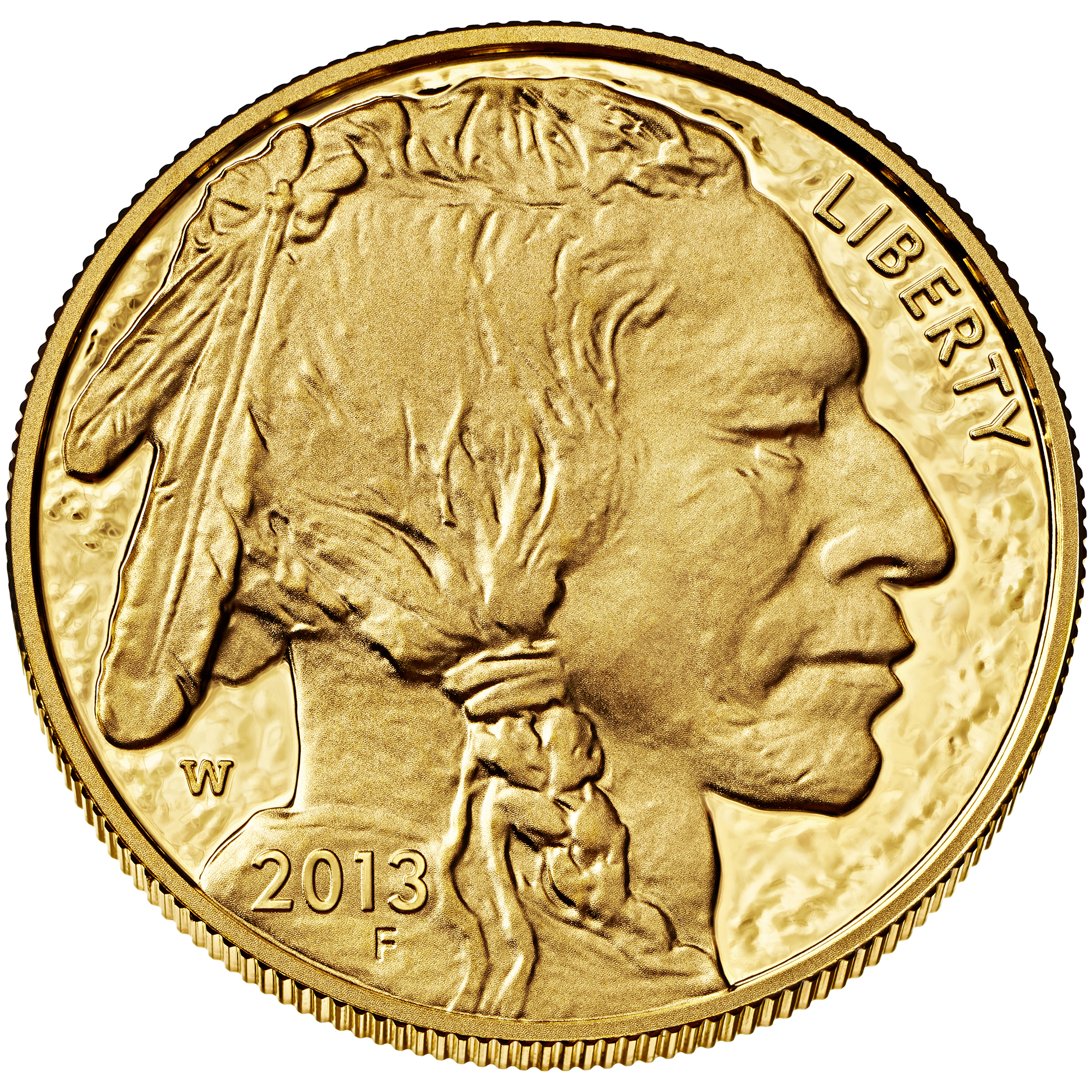 The American Gold Buffalo Coin’s production and sale was authorized by the US Congress through the Public Law 109-145, Presidential $1 Coin Act of 2005.

According to the Act, all gold used in the Gold Buffalo production should be from the newly mined sources in the US. All US bullion coins must be struck at the West Point Mint, New York.

The American Buffalos’ development and release were somewhat driven in response by the investors who prefer purchasing foreign pure gold bullion instead of the American Gold Eagle coins that contain 91.6 percent gold alloy.

The American Buffalo’s shipment started on July 13, 2006. This gold coin has a “proof” variation. All Proof American Buffalo gold bullion coins undergo a modified minting process. When the metal is pressed, a special type of dye is used. Then, the proof coins were struck multiple times to generate mirror-like polish on both sides.

The Coin Act wanted to establish the proof coins’ rarity by placing a strict 300,000-coin limit. This Act even imposes a limit of 10 Gold Buffalo proof coins for every household.

The American Buffalo Gold coins’ uncirculated version was made available for sale. The uncirculated coins undergo various minting processes compared to other Gold Buffalo coins, but they have the same appearance. The “uncirculated” term means that the coins are legal tender and do not carry transactional value.

The uncirculated coin sells at lower costs compared to bullion or proof coin. The US Minted halted the coins’ sale on September 26, 2008.

According to the US Mint, “Demand has exceeded supply for American Buffalo 24-karat gold one-ounce bullion coins, and our inventories have been depleted. We are, therefore, temporarily suspending sales of these coins.” This statement explains the decision to halt the sale of the coins. Then, the production and sale resumed.

Below are the coins’ design and specifications:

When it comes to the coin design, the US Mint chose the Buffalo Nickel or Indian Head Nickel coin image, which was produced from 1913 to 1938. The coin images are James Earl Fraser’s depiction of the slightly modified Native American Indian head version on the obverse (front) side and the American Buffalo that stands on the mound on the reverse (rear) side.

The popular coin design was featured on the Smithsonian commemorative coin in 2001. On the American Buffalo coin’s obverse side, there is the word “LIBERTY.” The phrases “IN GOD WE TRUST,” “EL PLURIBUS UNUM,” and “UNITED STATES OF AMERICA” are on the coin’s reverse side. Inside the mound on which the iconic buffalo stands are the phrases “$50 1 OZ. .9999 FINE GOLD.”

According to Fraser, the Native American Indian’s profile image was the blend of three tribes: Two Moons, Iron Tail, and Big Tree. In the Native American Indian’s hair, there are two eagle feathers and one visible braid. On the coin’s reverse side, there is a beast, which is believed to be Black Diamond, a famous bison and an inhabitant of the Central Park Zoo in New York during the early 1900s.

The Gold Buffalo coins come in four different weight denominations from fractional sizes, although 1/10 oz, ¼ oz, and ½ oz coins were available only in 2008. Today, only the 1 oz American Buffalo coin is available for production and purchase.

The US Mint set the following 1 oz coin specification:

The .999 (24K) gold used in the coins makes them less resistant to wear compared to other investment-grade bullion, including the .916 (22K) American Gold Eagle coins.

Each American Buffalo bullion’s weight denomination carries a transactional worth set by the law or face value. This bullion is also considered legal tender in the US. On the other hand, the face value is significantly symbolic.

The Gold Buffalo coins are almost always priced and sold according to their value, largely determined by the gold’s price in the market, also known as intrinsic value. The market price is the value used for these gold coins, which investors can use as an investment portfolio.

In most cases, when American Buffalo coins are sold, a premium is added to its market value to account for both the coinage and distribution costs. The gold’s market price tends to fluctuate daily, and the Gold Buffalo coins’ market value also fluctuates. 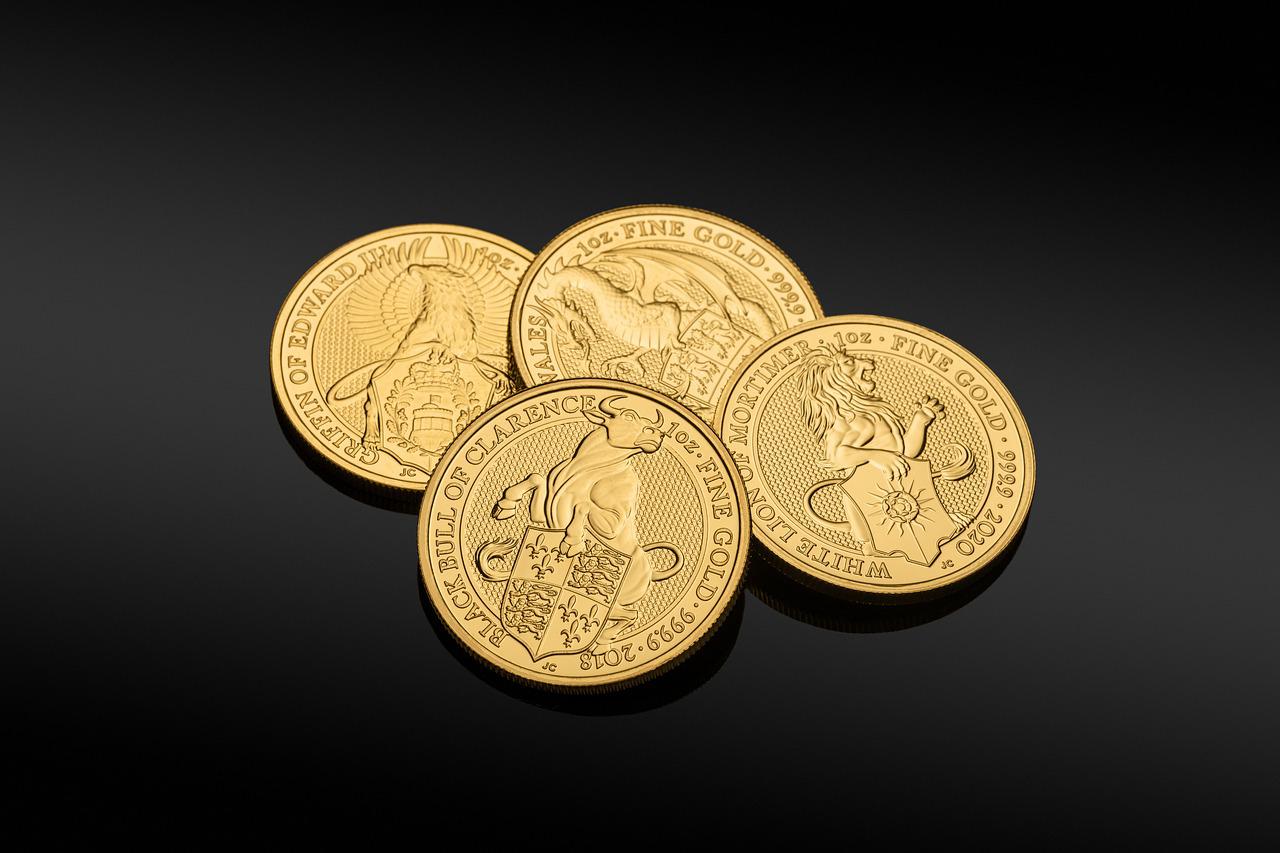 The coins are suitable for investors who wish to add or include fine bullion to their IRA. The US government guarantees the coins’ purity.

According to the Internal Revenue Service, particular IRA types are allowed to carry palladium, platinum, silver, and gold bullion in a portfolio. They are often referred to as precious metal IRAs. These IRAS are considered self-directed. They only contain American Gold Buffalo coins and other IRS-approved bullion in most cases.

The bullion’s minimum purchase requirement is $5,000 to establish a precious metal IRA, while any subsequent purchase should be at least $1,000. Anyone with the existing IRAs can roll over or transfer the funds from a qualified retirement account into the precious metal IRA.

The IRA dictated that any investment bullion must be held in a safe depository, which will be responsible for securing and maintaining the precious metals.

Beware that the US Mint does not directly sell the American Buffalo gold bullion coins. Instead, these bullion coins are distributed to qualified banks and brokerage houses. These institutions will buy the coins at a slight premium above their market value in bulk. The US Mint does not also allow proof coins and uncirculated coins to be purchased at a fixed price.

Why Do The Official US Mint Buffalo Gold Coins Matter?

Many people have probably seen the coin version sold for $19.95 on TV. Private companies often issue these gold coins with the thinly plated gold exterior. These coins are also considered official proof.

There are also other coin variations that directly copied the American Gold Buffalo design. On the other hand, there are printed “Copy” word above the face value as well as the listed purity values on the coin. It is critical for precious metal collectors and investors to only purchase Gold Buffalo bullion coin with the mint mark that the United States Mint has released if they wish to make a real investment.

Some collectors or investors choose 24K gold coins over the 22K coins. If they want to own 24K gold purity, they have to consider adding this gold coin to their investment or collection. If the government guarantees the gold coin’s purity, then its value is always endearing. They are traded actively according to their physical precious metal content.

What are the Advantages of Gold Buffalo Coins?

If you are new to Buffalo Gold coins, you wonder about their benefits. So, take a look at the following coin advantages to finding the answer:

The American Gold Buffalo coin was the first .9999 fine gold coin in the US. This coin has successfully filled the US citizens’ gap to purchase and own pure gold coins.

The gold coins encapsulate the deep-seated American spirit in the country’s history. The coins are the West’s wild open country reminiscent. They are considered among the most beautiful and valuable coins struck by the United States Mint. In other words, you are entering an active market as you purchase these rare coins.

The coin has a low mintage, which can be equivalent to a higher value. For example, if you purchase the Gold Buffalo coin at a low premium above the spot price of the gold, you are making a good buy.

Backed by the US Government

When ensuring the success of a gold coin, three critical criteria are considered: gold production, design, and content. These coins indeed compete with leading bullion producers in all these three departments. The United States Mint takes extra effort as well as intelligent measures so that nothing can compromise their 24K gold coins.

The American Gold Buffalo Coins is a practical and safe way to enter the physical gold world. They are suitable for investors who wish to diversify their portfolios.

These coins offer definite benefits when it comes to an approved retirement tool.

Since the 24 karat Gold Buffalo coin design has been unchanged for the past years, it adds timeless elegance to the coins. This is one of the main reasons why many collectors are interested in them.

As the US government acknowledged its need for extremely fine and high-quality gold-produced coins, the Buffalo Gold coins were legally issued. While the US Mint provides low coin quantities, it is understandable since they also have obligations to other coins. Plus, the coin’s low mintage can contribute to their higher prices and value in the bullion gold coin market.