The company Goldline International was once a prominent business in the precious metals industry, but things have changed in recent history. This company first started operating when it opened its doors in 1960. In 2017, the company split up and they sold their assets to A-Mark Precious Metals. Is there anything particularly important that we need to learn about this company?

Gold brokers are very common in the online world and many have storefronts in the real world. In both of these situations, you will discover fraudulent businesses and companies that have policies that are very malicious. Learning about these companies can help you decide whether or not working with a similar business is the right choice for you.

Goldline was a major company in this industry with a big presence, especially during the precious metals era before the Internet. But later on in their existence, this company was constantly hounded by scandals. We will now look at what this company offered to better understand them.

We urge you to view the links to see where Goldline International stacks up against the competition.

The main specialty of Deak & Company was the foreign currency exchange, coins, and gold bullion. They were the original company to operate in this space.

Moving into the 1980s, the parent company became the largest foreign-exchange dealer of retail products in the United States. They also were the largest dealer of gold bullion in the US as well. Unfortunately for them, they began acquiring assets much too fast and grew way quicker than they can handle during the earliest gold bubble. This gold bubble burst in 1982.

During a crash in the precious metals market, their original plan was to move into wholesaling. At that stage, they would make offers to dealers and bulk of bullion that they can provide at discount prices.

The company was rocked by scandal in 1984. At this point, they were accused of bribery and money laundering. The company needed to rebrand and avoid being prosecuted criminally, so they decided to declare bankruptcy. The new rest of the business was purchased by a lawyer in Singapore.

Next, the company was then sold to Deak Morgan, a company in Australia. A year later, the company was once again sold to New Zealand-based NZI. During this transaction, the new acquisition led to additional storefront expansion. And at this point they officially changed the name to International Goldline.

From this point and moving through the 90s, management changed and the company started buying up assets from smaller dealers. It was at this point that once again the firm was sold by A-Mark Precious Metals in 2005 to a different company. This partnership was huge because Goldline international was worth more than $50 million at this point.

Once again, A-Mark purchased Goldline in 2017. Technically, the company is still in existence, but it operates under the name of the A-Mark Precious Metals in the name Goldline International was finally retired for good.

mainly, this company sold gold and silver and other precious metals at their retail storefronts. Additionally, they also sold traditional precious metals as well as foreign currencies and collectible coins.

We know in 2009 that this company generated $800 million in revenue and had more than 300 employees on staff. It was one of the quickest growing companies in Los Angeles County.

The company also undertook a number of marketing campaigns at the time. Additionally, they marketed their company on radio, television, and the Internet for advertisements. And their spokesperson in 2009 was a former director of the US mint.

Goldline International had many advertisements on TV on new stations like CNBC, CNN, and Fox News. They also sponsored a number of different conservative radio shows and TV programs. Glenn Beck was a customer and strong supporter of this company and he was also sponsored by them on the radio.

In 2010, this company received criticism for advertising their services on conservative talk radio shows.

There were factors at play that caused the prices that the company offered to vary to a wide degree. Many accused Goldline International of putting high markups on their collectibles and metals, which in some cases they charge the customer double the actual value.

These accusations caused great trouble for the company in 2006. During this time, they voluntarily agreed to give an elderly couple more than $200,000 because the company couple claimed that they were pressured into making the purchase by this company. The couple sent back all of the precious metals that they bought.

They were then investigated by Consumer Reports and they published a report and claimed that the journalist was pressured into liquidating his or her assets by Goldline International.

Later in 2006 the company was investigated to determine if an unlicensed financial advisor acted as one of their sales representatives. Staff members weren’t allowed to give legal advice for investments because they weren’t qualified.

They faced a Congressional hearing in 2010 about precious metal company disclosures. Anthony Weiner, a congressman, was the one leading the charge and putting on the full-court press against Goldline. He stated that the company was working with conservatives in a purposeful manner to mislead the public about precious metals.

Once the hearing was completed, nobody took any action against the company. The legislation that was proposed never got sponsored, so the House of Representatives never even heard the case.

While this was occurring, another investigation took place against the company. News organizations claimed that hundreds of customers around the country began filing complaints regarding fraudulent items and sales pitches that were misleading. But a different gold dealership was also involved, so it was difficult to determine how much fault was really Goldline’s.

At the time, the Better Business Bureau rating for Goldline was an A+. The other company received a F rating.

New stations claim that employees of Goldline made commissions that were unfair, which encouraged them to sell even more worthless investments at higher prices than they were actually worth. The reports came in that upper management of the company encouraged their employees to focus on selling coins rather than bullion.

ABC news mentioned a particular customer that was heavily pressured from one of their salespeople to purchase coins worth $5000. The customer later found out that the coins that were purchased only had a value of $2900 when the sale was made. This means the company took a rather large commission and never told the customer about it.

A different customer claimed that she spent $13,000 to purchase gold coins. She later discovered that the gold coins that she purchased weren’t even worth half of what she paid for them. Three years later, when the price of gold doubled, she was only able to sell them for $10,000. She definitely felt like she had gotten scammed by this company.

Consumer Reports shared a particular pattern of problems with ongoing prices. As an example, they listed a set of Gold Eagle coins on their website for close to $6000. A competing company was selling the same set up for less than $3300, which is obviously a huge difference. 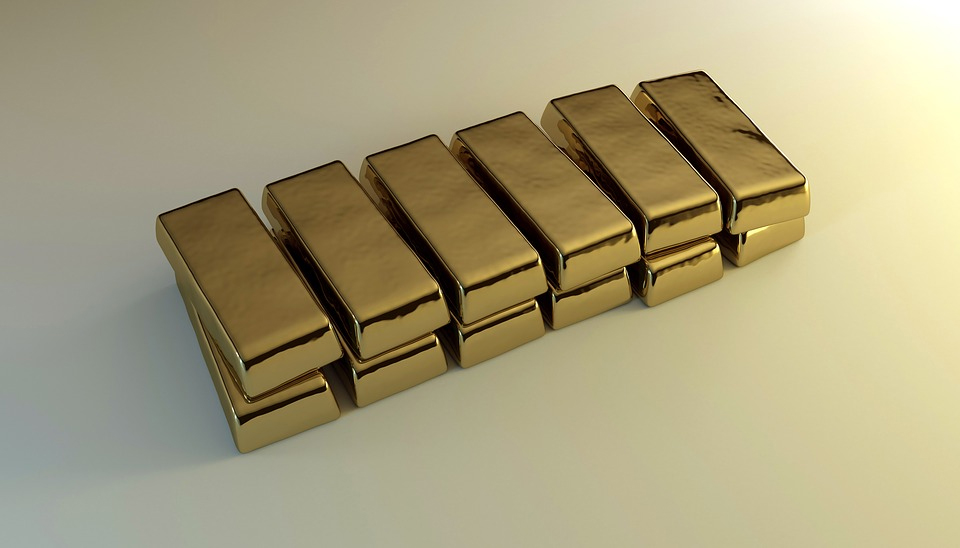 Goldline International was cozying up to talk show hosts and TV personalities to make the unsuspecting public trust them. They were selling precious metals to people who were very uninformed about precious metals and didn’t know how to research prices. These people put a great deal of trust in the celebrity sponsors who convinced them that the company was worth buying from.

After being pressed about the issues of price, Goldline mentioned that selling collectibles received a higher markup than gold bullion. Supposedly, this markup happened because of paying salespeople, the rarity of the coin, the cost of shipping, and paying employees from the compliance department.

Goldline also stated that their customers receive transparent information before purchasing any products. They claim that the commissions and fees were already stated in the contract, and each complaint was investigated by the company.

The City Atty. of Santa Monica created a complaint website against Goldline. This gave citizens an opportunity to provide proof of possible wrongdoing. They froze Goldline’s assets in 2010 because of this investigation that remained ongoing.

The city of Santa Monica formally charged Goldline in 2011. They charge them with 19 different counts of theft and fraud. The attorney that accused them claims the company was using tactics called a bait and switch.

Goldline settled their lawsuit in February 2012, a mere months after the charges were made. They allowed an injunction which changed sales practices of theirs. And a third-party is now required to verify markups and commissions and everything must be disclosed to customers via a phone call.

After making certain concessions, the criminal charges were dropped against Goldline International. And nobody took civil action against them either.

Goldline International: Is This Company a Scam?

This company is no longer in existence. They closed down their doors and A-Mark precious metals bought the rest of their assets. But leading up to closing the company, they were mired by many different legal issues. This company was charged with fraud and theft, which is much worse than terrible reviews from customers.

Even though this company was never criminally convicted, they were criminals nonetheless but they avoided charges by settling out of court.

Some of the main red flags about this company include:

Goldline International officially shut their doors for good way back in 2017. With more than 50 years of experience in the business, this company was one of the biggest and best in the early 80s and 90s. But they were eventually rocked by legal scandals and poor management, pushy sales tactics, and high markups ended up sinking them for good. They are one of the older precious metals companies that failed and didn’t keep up with the changing market.

If you plan on investing in precious metals in the future, you have to find a solid company with a great reputation. Find a company with lots of wonderful customer reviews that also has great and inexpensive services. Never work with companies that currently find themselves in legal troubles, because it’s a major red flag.